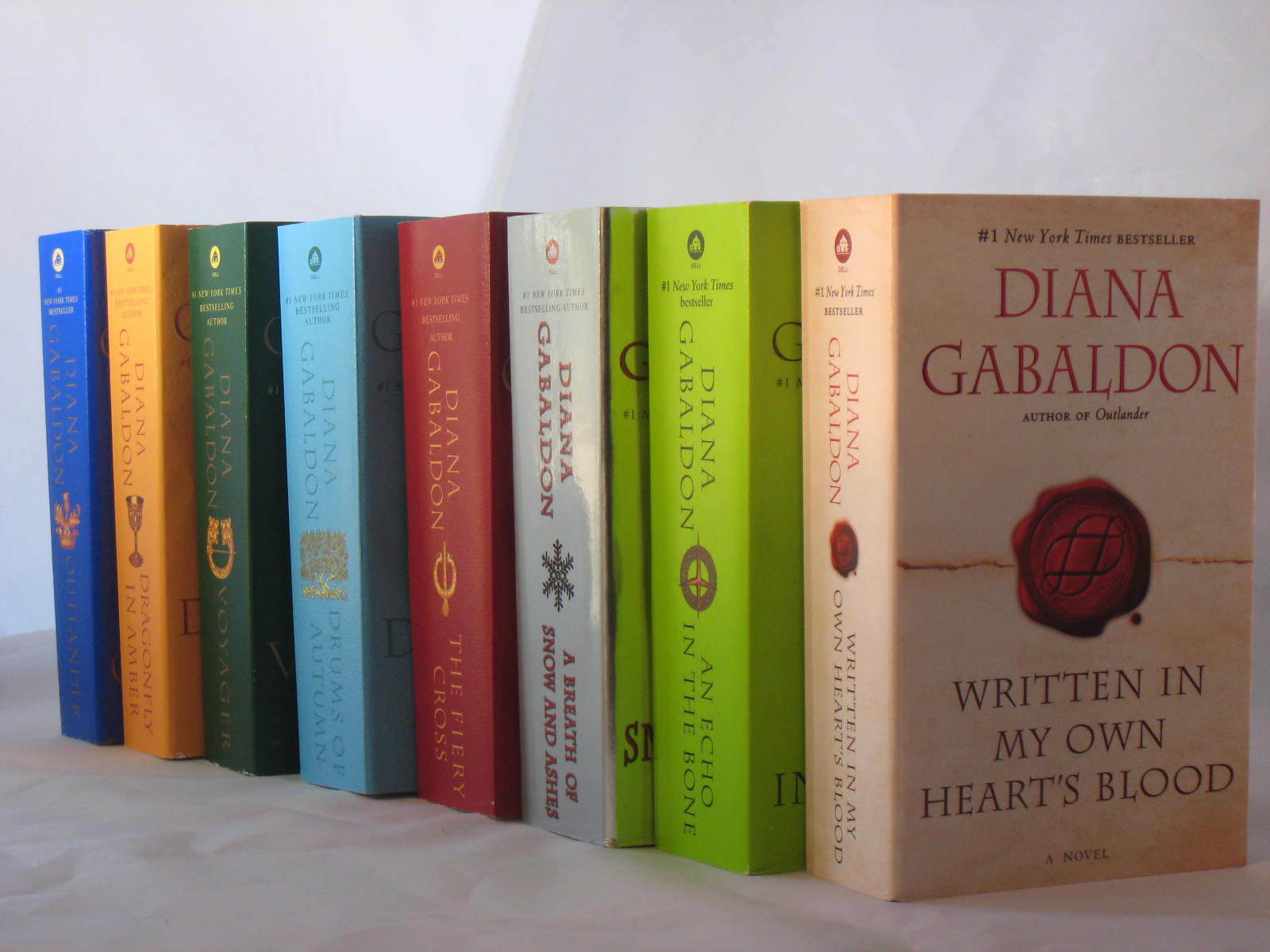 ***Please Be Advised: Major Book Spoilers Beyond This Point***

Much like the age old question, “Which came first, the chicken or the egg?”, Outlander fans can go in endless circles on which book in the series is “the best”. I’m here to tell you, the task of giving a definitive answer on that front doesn’t grow easier with time. Not only does Diana keep adding to her library of literary works, but with each reread of the series, a reader’s own life experiences change, and in turn new light is shed on the same words–giving them a “new” meaning. Of course, there are some stand out moments that will give a reader all the feels no matter what stage of life they are reading in. Having now made my way through the majority of the series for a second time in preparation for Go Tell the Bees that I’m Gone (BEES), I feel I’m in a better position to at least give my opinions on each of these books, and perhaps ease some minds–or evoke similarly strong reactions of disagreement. For better or worse though, read below for my personal ranking of the first eight books in the Outlander series.

Dragonfly in Amber (DIA) has been at the bottom of my list since the day I opened the cover. It begins with a time warp that is hard to recover from after ending Outlander in the 18th century. Throw in the addition of it not being in Claire’s POV at the start, and as a reader I was left wondering if I’d accidentally picked up the wrong book at the bookstore. The Paris story line was a bit tedious from time to time, and the only plot that really kept my attention was Claire’s pregnancy. I was counting the pages until our heroic duo returned to Scotland, and once they did, I was back on board for the rest of the book!

An Echo in the Bone (ECHO) was slow in the beginning, but had some GREAT story lines. The dance back and forth of whether Willie and Jamie were going to encounter each other on the battlefield, or in any other situation kept me on my toes throughout the majority of the book. The time Jamie and Claire spent at Fort Ticonderoga was a historical stroke of genius, and the MAJOR character death upon J & C’s return to Scotland had me curled into the fetal position sobbing for days. However, the sheer amount of timelines in this story left my head spinning. Splitting between the 18th and 20th centuries was old hat, but three separate 18th century timelines was a bit much for me. A story is just too complicated if you have to create a timeline for your readers to reference… #sorrynotsorry

Voyager covers A LOT of ground. I loved the adventure, and I loved learning who Jamie and Claire were apart from each other. Seeing who they became as characters, and what they endured during their 20-year separation kept me turning the page. Their adventure on the high seas definitely had its exciting moments including one steamy scene affectionately referred to as “Turtle Soup”. But when Jamie and Claire finally reached the Caribbean, all I personally cared about was getting Young Ian back, which Diana seemed to take her sweet time getting around to. I know some of the ground work for plot points in book 8 and beyond were being laid here, but alas, I cannot fully appreciate them yet.

The biggest book in the series so far, A Breath of Snow and Ashes (ABOSAA) was my lowest ranking book of “The Ridge Years”. This book is overflowing with expository information for the rest of the series, and for all that, it isn’t lacking in exciting stories either. This is evidenced in the show’s choice to bring forward two MAJOR plot points from ABOSAA, Claire’s abduction and rape, and the circumstances surrounding Brianna’s abduction by Stephen Bonnet. Despite the newly introduced “fast forward” feature in Season 5, we still have PLENTY to keep us entertained in season 6 without even touching book 7, according to show runner Matt Roberts. The story itself is absolutely amazing, and we are fast approaching the part of this list where I have an extremely hard time differentiating which book I like better.

If I were only using my favorite story lines from each book to rank these pieces, The Fiery Cross (TFC) would be at the top of my list. It has The Gathering, which despite the moaning and groaning of most of the fandom, I actually quite enjoyed. We meet a plethora of new faces in ONE day, and we see them pop back up throughout the remainder of the series. Yet another reason to complete a reread prior to the release of BEES. TFC is the book I refer to as “Jamie’s Book”. He endures so many difficult situations and personal trials within its pages, and he really grows into the man he was born to be–a laird and a patriarch. In fact, I would be hard pressed to find a book that Jamie grows in MORE as a character (perhaps Voyager, but that’s not entirely fair given it covers 20 more years of life experience).

Written in My Own Heart’s Blood (MOBY) has to be one of my favorite books of the series! Each of the characters has a distinct arc over the course of the story, and it gets my inner history buff going as well with its coverage of the American Revolution. Brianna and Roger’s story is at its most compelling point during their time in MOBY, and Jamie and Claire face situations as a couple that we’ve never seen them in before. The Frasers and MacKenzies go through some heartbreaking and earth shattering moments in this book, and it’s all very well paced to keep the reader turning the page. Plus, there’s a little tête-à-tête between two particular characters towards the end that we were ALL looking forward to with bated breath.

Oh Outlander, how I love you… This was the book that gave me back my love of reading, and I’m grateful every day! The humor and wit of Frank and Claire caught my attention right off the bat, and then… hold up… she just went back in time 200 years?! I was hooked, and that was BEFORE I was introduced to the King of Men. The story is straightforward and complicated all at the same time, and the sass coming from Claire was EVERYTHING. I couldn’t believe what I was reading when I learned what Jamie endured at Wentworth, and the announcement that Claire was pregnant left me in tears of joy at the end!

There’s only one spot left, and it’s for the one constant on my ever evolving list of rankings. Drums of Autumn (DOA) grabbed my heart from the get go, and every time I think I might change my mind, I flip to a random page and remember why it was my favorite in the first place. It’s the beginning of Jamie and Claire’s American Dream. They are building their home together, and their daughter coming to find them in the 18th century was just icing on the cake. Watching Jamie and Brianna’s relationship evolve was absolutely amazing. The comfort he gives her as a father makes me so sad he never had the opportunity to raise and nurture any of his children. What I love most of all about DOA is it left room for the quiet moments. Scenes of Jamie and Claire laying in bed dreaming of Bree, or out for a late night walk under the stars talking about their years apart both stand out among some of my favorite moments in the series.

Well, I think that about covers it. Of course, I love the whole series, and to be honest, MOBY, Outlander, and Drums hold a three way tie for first in my head. But I promised you guys an honest ranking with no cheating, so there it is!! There are moments in every book I absolutely cherish, and I’m sure BEES will be no exception! I’m extremely excited for the next chapter in Jamie and Claire’s story, and let there be no doubt, I will definitely be giving my thoughts on Book 9 here on The Sassenach Files after I have the opportunity to read and digest it.

Until next time guys, cheers!!